The National History Museum in Sofia is Bulgaria’s largest museum. It was founded on 5 May 1973 and its first representative exposition was opened in 1984 to commemorate 1300 years of Bulgarian history. The museum was moved to a former governmental residence in 2000 and currently stores and owns over 650,000 objects connected to archaeology, fine arts, history and ethnography, although only 10% of them are permanently exhibited. 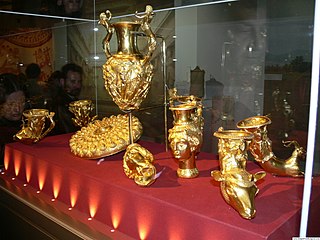 The museum hosts relics from the earliest period up to the Middle Ages, including gold and silver treasures, ceramics and archaeological remains, ecclesiastical art from the 19th century Bulgarian National Revival, including traditional folk costumes, carpets and typically furnished rooms for this period. Perhaps one of the most fascinating displays is in Thracian room, including the world famous golden Panagyurishte treasure. 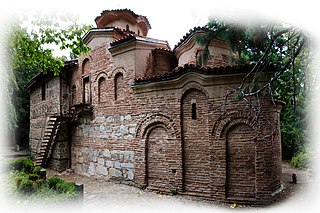 The Boyana Church is a medieval Bulgarian Orthodox church situated on the outskirts of Sofia and at the foot of the Vitosha Mountain. The church was added to UNESCO’s World Heritage List in 1979, its world fame mainly due to its frescoes from 1259. They form a second layer over the paintings from earlier centuries and represent one of the most complete and well-preserved monuments of Eastern European medieval art.

A total of 89 scenes with 240 human images are depicted on the walls of the church. The east wing of the two-storey church was originally constructed in the late 10th or early 11th century, then the central wing was added in the 13th century under the Second Bulgarian Empire. The frescoes were restored and cleaned in 1912-1915 by an Austrian and a Bulgarian specialist, as well in 1934 and 1944. The church was closed for the public in 1977 in order to be conserved and restored and onc.