Plovdiv is the second-largest city in Bulgaria after the capital Sofia, and the tenth-largest city in the Balkans. It is an important economic, transport, cultural and educational center. The city is situated 120 km away from Sofia in south-central Bulgaria on the two banks of the Maritsa River. It has historically developed on seven syenite hills, and for this reason it is often referred to in Bulgaria as “The City of the Seven Hills”. 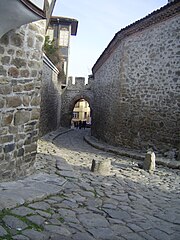 Plovdiv’s history spans 6,000 years, with traces of a Neolithic settlement dating to roughly 4000 BC, ranking it among the world’s oldest cities. Its written post-Bronze Age history lists it as a Thracian fortified settlement named Eumolpias. In 342 BC, it was conquered by Philip II of Macedon, the father of Alexander the Great, who renamed it Philippopolis in his own honour. 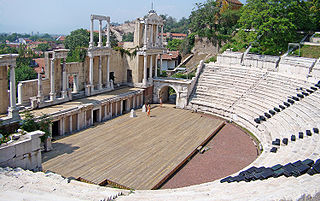 The city has more than 200 archaeological sites, 30 of which are of national importance. There are many remains from antiquity – Plovdiv is among the few cities with two ancient theatres, Roman Odeon, Roman Stadium, remains of medieval walls and towers; Ottoman baths and mosques; a well-preserved old quarter from the National Revival period with beautiful houses, churches and narrow paved streets, numerous museums, art galleries and cultural ins